The father cried, “I believe; help my unbelief!” Believe what exactly? In this case, it seems clear. Jesus was inviting him to believe in Him, that he was able to bring lasting change and new life in the most desperate situation, i.e the life of his demon possessed son. There is no doubt that God expects us to believe that he brings victory into our life through His Son Jesus, but what if God is also inviting us to believe something else, or at least a nuanced belief?

What if He is inviting us to believe that He can even use us to bring new life and hope to others in desperate need? What if he not only wants to do something in you, but also through you? Do you believe that? I do.

Lord, I believe; help my unbelief.

Reading about David’s struggles reminds me of something Jesus told his disciples: “In this world you will have trouble. But have no fear; I have overcome the world.” 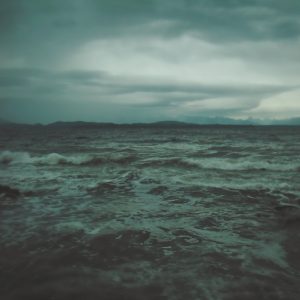 David, had to really wonder if he really was chosen by God to be the next king! Why did everything have to be so hard? Why were there enemies on all sides? I’m sure he faced some serious doubts. But here is the truth, the righteous will always face adversity, sometimes it is more than we can bear, but it is never more than what Jesus can bear!

Ease is not a sign of God’s favor; we should not expect it when we seek the purposes of God. Furthermore, we don’t do things because they are easy; we do them because Jesus has asked us to, because His reward far outweighs the short-lived promises of others, and because he has promised to walk with us every step of the way!

“Why have you come down? And with whom have you left those few sheep in the wilderness?”-Eliab to David, 1 Samuel 17:28

Eliab, David’s older brother, with his ego bruised, tried to make David feel small and insignificant. There is much irony here, not least of which, David would be king over his brother in several years. He would go from shepherd, to instrumentalist, to warrior, to commander, to king.

Also, although David was smaller because of his age, and his day job less significant, his faith made him great. He found it impossible that the Israelite army had not already responded to this giant’s taunts. For David, there was no question as to what needed to be done quite simply because he believed God, and so he took action when others would not.

Let me encourage you today in three ways. First, be reminded, greatness is never determined by the external appearance of things, but by the caliber of one’s heart, i.e faith, love,  character, courage, integrity. Second, faith, no matter how small, is never idle, it takes action when others will not. Third, be careful what you say to others (or about), they could be the next king, or in our case, the son or daughter of THE KING.

“Faith working through love.” (Galatians 5:6) That is how Paul describes a faith that works, much like his pastor friend James does in James 2. They were very much on the same page; both tackling the same issue-dead faith.

Dead faith is all talk and no action. It is all sitting, thinking, speaking, but no going and doing. If we are not careful we will describe ourselves mostly as a people who gather together and sit; we gather for worship, we gather for Bible study, we gather for meetings, etc. That’s not faith, and it is not what it means to be the church. The church is not a place or only a gathering; it is a people who are working out their faith through love in a particular place. By faith the church is sent, it doesn’t just sit.

Amidst the arguing scribes, the father who struggled with unbelief, the disciples who lacked faith was a boy, a young man. As far as he could remember he had no control over his own life, but only knew slavery to an evil spiritual force. For all practical purposes he was dead, numb; it was how it had always been…until Jesus. The moment Jesus was near a battle had begun in his body and mind. The evil one tugged and pulled inside his body in a different way then he was used to, as if to back away, to turn around; it had never felt like this before. And then Jesus’ words came like hammer blows against the internal shackles, and he was free. He had never known freedom; not that he could remember. He lay still, at peace, so still he heard whispers, “He is dead.” In that very moment Jesus’ hand wrapped around his own, strong, not like stone, but like a father’s embrace. In Jesus’ strength he rose to his feet, as new found strength returned to sinew and bone. And he believed.

You don’t work for great faith, you receive it, as from a strong and mighty hand that lifts you up.

Hebrews 11:6 tells us, “Without faith it is impossible to please God, for whoever would draw near to HIM must believe that HE exists and rewards those who seek HIM.” What is clear is that all their hope began and ended with this man Jesus. They didn’t know all there was to know about Jesus, but they believed in all they knew, all of what he had taught, and all he had done.

How about you? With all that you know about Jesus, this side of the Cross, is your faith pleasing to God?

Can we change? I mean really change; not just cosmetic, superficial changes, but deep-down-to-the-core change. That’s the kind of change that happened in Peter. What a difference between that night in the courtyard where he denied Jesus three times, and his confrontation with the Jewish council, the same ones who had condemned Jesus! Peter was a new man, not in his personality, he was still the same bold Peter; he was a new man because now he was losing his life for the sake of Jesus’ name, that he might find it.

That’s the kind of change that the Gospel promises. Repentance and belief in Jesus, his work, and his promises, not only frees us from sin, but frees us to live a new life in the power of the Spirit of God. Like Jesus (and later Peter) we begin to live out the Kingdom of God by laying down our life for others. The truth is, although hard, it’s the best possible life we can live, and it holds the greatest reward.

Paul’s argument is clear, our bodily resurrection is certain because Jesus’ resurrection was certain. The Gospel is not mythology or fairytale, it is a spiritual and historical reality, and the resurrection is its cornerstone. So, never fear, hold on, “be steadfast, immovable;” there is no obstacle to great, not even death, that will not be undone by the power of the resurrection! That is also why we are not to be pitied, because the hardships (or “momentary light affliction”) we may face do not compare to the glory to come. So, hold on, our resurrection is coming!

He was the only disciple who stuck around, following Jesus after all the others left to save their own skin. I have to imagine that Peter had the best intentions; he never walked into that courtyard intending to betray his loyalty to Jesus, in fact that was the reason he was there to begin with. That has to count for something, right? And yet even with the best intentions he was left with bitter tears, keenly aware of his betrayal. Sometimes we can be so set on doing the right thing that we can lose sight of who we are in the process. Jesus did not call Peter to be a crusader; he called him to follow him and become a fisher of men.

In the heat of the battle, when things get tough, don’t forget who you are; you belong to Jesus, which means you are called to love the people around you, even at great cost to yourself. Of course, Peter would learn this valuable lesson; he would give his life to it.

Often, the last thing we want to hear when we face any kind of suffering is “it must be God’s will.” Although it is meant to console, it often never does. Remember Job’s friends, they were far better off just listening or grieving with him, but they just had to try to make sense of his suffering by offering all the reasons God would allow it. Just listen is certainly good advice for us too when consoling a friend, but notice Jesus’ words leading up to his darkest hour, “not my will, but yours be done.” In his great distress (more than we can possibly imagine) it was confidence in His Father’s will that gave him hope; it sustained him. The writer of Hebrews would even declare, “For the joy set before him, he endured the cross.” That kind of joy, in the face of great suffering, could only come to Jesus if he could see through it to behold the purpose’s of his Father on the other side of it. His suffering wasn’t the result of faithlessness, nor was it arbitrary (for no reason at all); no, it was heavy with purpose.

We live in a world broken by the corruption of sin, and we feel it, some of us more than others, but we can be certain of this, that just as Jesus’ suffering (and resurrection) brought new life to the world, so our suffering can yield the same in lives around us. Purpose.