“He saw and believed”

He believed…what? That the tomb was indeed empty? That the body had been moved? The text says in the very next verse that neither Peter nor John—nor by extension any of the disciples—understood that a resurrection had occurred. Far from being ignorant and backward yahoos, as those in ancient—and particularly biblical—times are often regarded, the disciples understood that dead people stay dead. They were not pre-disposed to believe fables and tales of the fantastic. Even though they had seen the Lord’s miracles, including the raising of dead people, the fact remained that the very one who had done these marvelous things had himself been killed. It remained for Peter and the other witnesses to
learn that Jesus Christ had fundamentally altered the future of the human race.

What do you believe? 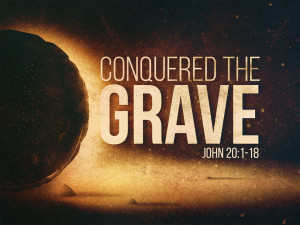 One thought on “Shift”