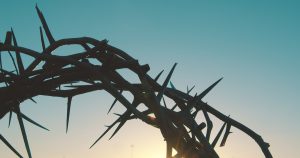 2 Samuel is the story of a king, a better king. After Saul’s death David makes a savvy move under God leadership by making his way to Hebron in Judah. There elders crowned him king, although one of Saul’s sons remained. It was a brave political move, but more simply, the Judeans longed for a better king, and they found one in David.

David’s kingship is an epic tale, but the longing still remains at its close. But God did that on purpose. His covenant with David ensures us a even better king is coming and has come.

Jesus is the fulfillment of that promise, and the satisfaction of a longing for a better king.

“Jesus, King of the Jews.”-Pilate

Danny is the Associate Pastor for NextGen Marrieds & Community Missions at FBCSA. View all posts by Danny Panter